Are We Losing Control? 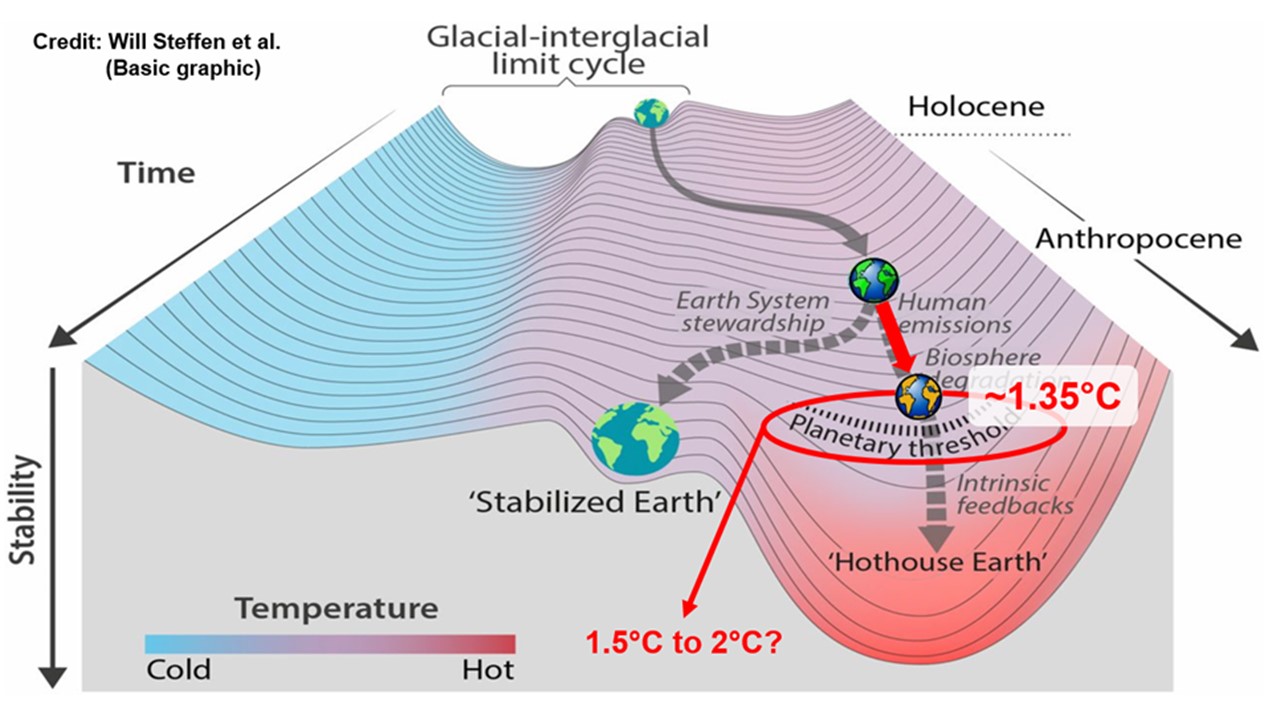 “What we do over the next few years will determine the future of humanity.”

In its Sixth Assessment Report (AR6), the Intergovernmental Panel on Climate Change (IPCC) concludes that the earth’s average global temperature has increased by 1.1oC since the start of the industrial revolution. With the goal of excluding natural climatic variability, the IPCC’s figure is based on use of a 30-year rolling average temperature.

A 30-year rolling average, however, could be excluding more than just natural climatic variability. Using a 10-year rolling average, for example, Sir David King’s Climate Change Advisory Group (CCAG) puts the increase at ~1.35oC. This substantially higher figure suggests accelerating and potentially non-linear climate change. It’s also very possible that the world has already triggered one or more climate change tipping points, and that a warming Arctic or a drying Amazon could already be emitting large quantities of CO2e.

Using a 30-year rolling average, and failing to account for the potential triggering of tipping points, the IPCC and the international community as a whole could be substantially over-stating the feasibility of achieving today’s 1.5oC and 2oC global temperature targets. Indeed, Will Steffen’s figure above suggests that humanity is approaching or has already crossed a planetary threshold with potentially catastrophic outcomes.

Our team has been exploring this possibility and related questions for years, and in the case of some team members for decades. Some of our work is introduced below, and we would welcome the opportunity to engage on these topics. You can activate the videos by clicking on the images.

The Climate Web is the closest thing to a collective climate intelligence for understanding and tackling climate change. Through more than 25,000 hours of knowledge curation it incorporates the work of thousands of experts, and anyone wishing to do so can drill down into climate risk under-estimation, as well as hundreds of other topics for assessing and tackling climate change.

3. Why Worry About Rain in the Arctic?

This video explores the implications of NOAA’s recent forecast (not accounted for in AR6) that 1.5oC of average global temperature change will fundamentally impact weather patterns in the Arctic.

This video explores in greater detail the implications of the ‘Trajectories of the Earth System in the Anthropocene’ graphic.

5. A Climate Risk Due Diligence

This document reviews climate change risk based on the due diligence format that seasoned investors would expect to see when considering a substantial investment. It is available from Perses Bilimoria; contact him here.