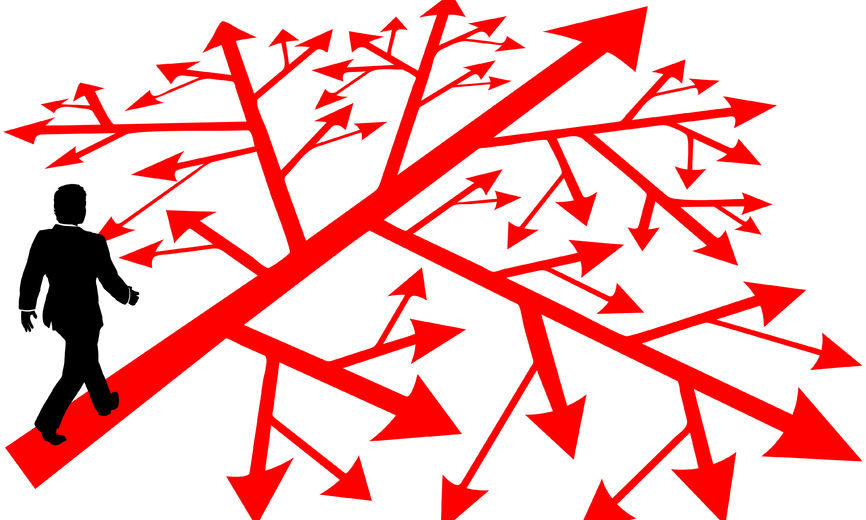 Topical Roadmaps like this one are intended to provide the context for pointing you to those information collections, rather than to provide a comprehensive review of the topic itself. To reduce information overload, Topical Roadmaps generally point readers to just a fraction of the materials available for exploration in the Climate Web.

The carbon offset literature dates back at least 30 years, to this review of the first carbon offset project. In some ways, however, the intellectual precursors to the kind of climate change mitigation embodied in carbon offsets date back considerably further, perhaps to Freeman Dyson’s estimate in 1977 that we could slow the buildup of CO2 in the atmosphere by reforesting an area equal to half of Australia.

The Carbon Offsets Core Library in the Climate Web pulls together a key subset of that literature. Large parts of the literature focus on the potential of offsets to advance climate change mitigation, on criticizing the use of carbon offsets, on the key topic of additionality, and on how carbon offsets have performed. Relatively few publications seek to advise carbon offset purchasers on what to buy,. There are also guides on how to use carbon offsets to accomplish objectives like carbon neutrality and how to use offsets as part of corporate climate strategies.

Carbon offsets are a challenging environmental commodity. They can’t be seen, smelled, touched, or empirically observed. The most obvious problem that this creates is differentiating between the tens of billions of “additional” emissions reduction and carbon sequestration tons that could play the role of offsetting emissions somewhere else, and the tens or even hundreds of billions of non-additional tons that can’t be allowed into offset markets without undermining the markets’ environmental integrity.

Yet only two papers explicitly tackle additionality through a hypothesis testing lens. Conventional discussion of additionality generally fails to recognize the nature of the problem. You can explore the challenge further in this video, which evaluates a published paper’s claim to have demonstrated the successful additionality of a specific offset methodology via California’s Forestry Offset Protocol.

Our report, Fixing Carbon Offsets, suggests a completely new approach to how to “get additionality right.” We suggest the use of a scoring system to rate offsets along a “quality confidence continuum,” rather than relying on the threshold-based offset standards that currently dominate the market.

Carbon offsets can in theory be sourced from almost any sector not already covered by an emissions cap. Relatively few individual sectors have their own sizeable literatures; forestry is a key exception. Forestry offsets have been a major part of the offset conversation since the beginning. Forestry offsets have always been closely linked to the idea of tropical forestry protection, e.g. through REDD and REDD+ based offsets.

It’s not clear what kinds of interventions might help; it’s even less clear that offsets can help. Tropical forestry-based offset efforts have evolved over time from project-specific to jurisdictional, e.g. Norway’s commitment of large payments to tropical countries based on the recipients actions to slow deforestation. Even jurisdiction-based initiatives, however, have been of questionable utility.

While carbon offsets are part of almost every emissions trading program today, the Clean Development Mechanism (CDM) under the Kyoto Protocol has been the largest offset market to date. Before the United States pulled out of the Kyoto Protocol, it had been assumed that the global market would need billions of tons of offsets per year through the Kyoto Protocol’s CDM and Joint Implementation mechanisms. After the U.S. pulled out, that market did not develop as anticipated. Nevertheless, a lot of work went into the CDM, and a substantial literature has developed around evaluating the CDM mitigation performance.

A particularly contentious topic when it comes to carbon offsets has been the use of  Renewable Energy Certificates (RECs) as the equivalent of carbon offsets in mitigating a company’s or an individual’s carbon footprint. RECs do not even claim to be “additional,” however, so RECs simply can’t deliver the same climate change mitigation benefit as offsets.

There are dozens if not hundreds of offset providers today. Unfortunately, it is almost impossible for carbon offset buyers to differentiate between high-quality and low-quality offsets offered through these providers. A challenge with evaluating offsets is that there are so many potential offset projects. Providers don’t change as often as the projects change, which is why an early effort to provide guidance to offset purchasers focused on rating offset providers, rather than rating the offset. People continue to use that guide even though it has not been updated since its publication in 2006; it has been downloaded well over 100,000 times.

One sign commonly pointed to as being a problem for carbon offsets is their low prices in the market. While the price range of offsets has been large, the average price of offsets sold has been quite low, particularly in voluntary markets.

New offset initiatives are evolving that will further complicate the picture of offsets as a climate change mitigation measure. These initiatives include:

One can see that even after 30 years, the carbon offset landscape remains complicated and that it continues to evolve.

The Roadmap does not encompass many other topics covered by the Climate Web that are also relevant to carbon offsets. Such additional topics include emissions trading, market mechanisms generally, carbon pricing, mitigation sectors and potentials, marginal abatement cost curves, and much more.

Should You Buy Carbon Offsets?

When 17 Climate Narratives Add Up to No Narrative

Unlock the Power of the Climate Web!

Having the Climate Web is like having 100 leading experts in climate science, climate risk, risk management, and corporate strategy with you at the decision-making table