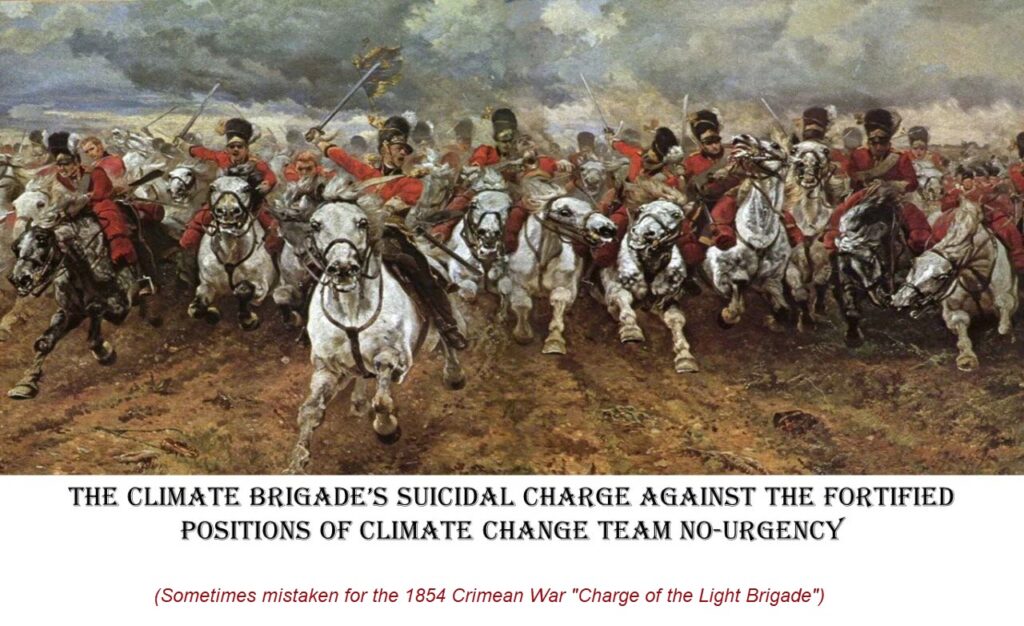 As of the summer of 2022, it’s fair to say that most people with any knowledge of climate change agree that it is a serious global problem. Most of those people agree that 2oC of average global temperature change will create unacceptable impacts and risks. These concerns and fears have led to the oft-repeated goal of “net zero by 2050” as the global rallying cry for tackling climate change.

But what does this rallying cry really mean? “Net zero by 2050” has to be considered within a larger context. The history of what we know about climate change provides some of this context. The truth is that we’ve known for a long time that we have a problem. It’s been more than 60 years (1957) since scientists began to suggest that climate change might turn into a serious problem within just decades, and more than 30 years (1988) since scientists announced that climate change had arrived. The United Nations Framework Convention on Climate Change (UNFCCC) followed in 1991, and voluntary and governmental efforts to tackle climate change have proliferated around the world.

You might not know about any of the above from the emissions and temperature trends shown in the slide below. It’s almost as though none of it ever happened. 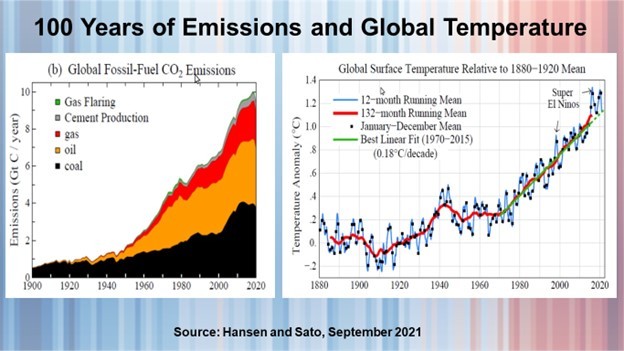 That doesn’t mean that efforts to tackle climate change haven’t had any impact; it’s impossible to say where we would be today without those efforts. Nevertheless, it’s hard to be particularly sanguine about the new goal of “net zero by 2050” when one reviews trends over the last 30 and 60 years! 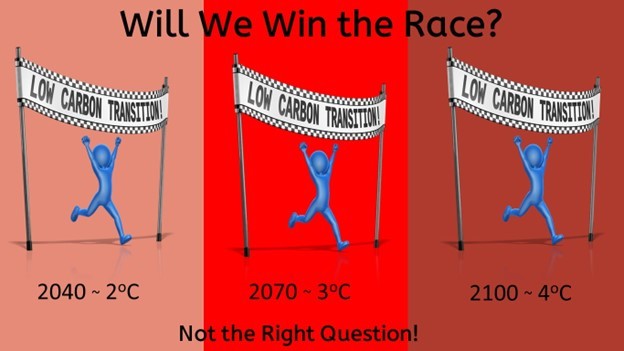 I’m not saying that we won’t ultimately decarbonize; we will! Or that progress isn’t being made in many areas; it is! It might even be possible, at least from an engineering perspective, to decarbonize as rapidly as advocates of “net zero” and “100% renewable energy” by 2050 suggest. But there are deep uncertainties when it comes to:

Arguably, the uncertainties surrounding climate change in 2050, much less 2100, have never been greater:

This list just scratches the surface of the deep uncertainties at play. Unfortunately, the Paris Agreement’s “ambition target” of 1.5oC is already, for all practical purposes, in the rear-view mirror. The “consensus target” of 2oC soon will also be unachievable. Which raises the question of where are we headed? 3oC? 4oC? 5oC?

Yet at the same time, there has never been so much discussion of assessing and disclosing climate risk, setting ambitious national and corporate net zero targets, and fixing and expanding carbon markets. We’re also seeing much more investment than ever before into technology innovation aimed at climate friendly technology deployment, from reforestation and direct air capture to electrification and energy storage. Is it possible that this plethora of initiatives and spending will trigger rapid progress towards net zero? Or will they turn out to be greenwishing at best, and greenwashing at worst?

No one can really answer these questions, because no one can predict the future. As a result most people will simply “go along for the ride” as the future plays out, no matter how bumpy the ride. But for individuals committed to tackling climate change, companies responding to intensifying calls to understand, disclose, and manage their climate risks, and investors facing potentially seismic shifts across the economy as part of a low-carbon transition, simply going along for the ride isn’t sufficient.

How can these individuals and organizations get their heads around the deep uncertainties of future climate change? There are a lot of tools they can take advantage of, including pre-mortems and scenario planning, but using such tools effectively requires a comprehensive understanding of the systems variables that will determine climate outcomes. It’s what Einstein was referring to in this quote:

There is no shortage of available information when it comes to almost any aspect of climate change. But as illustrated in the cartoon below, it is not easy to get that information to the right people at the right time to influence their decision-making. 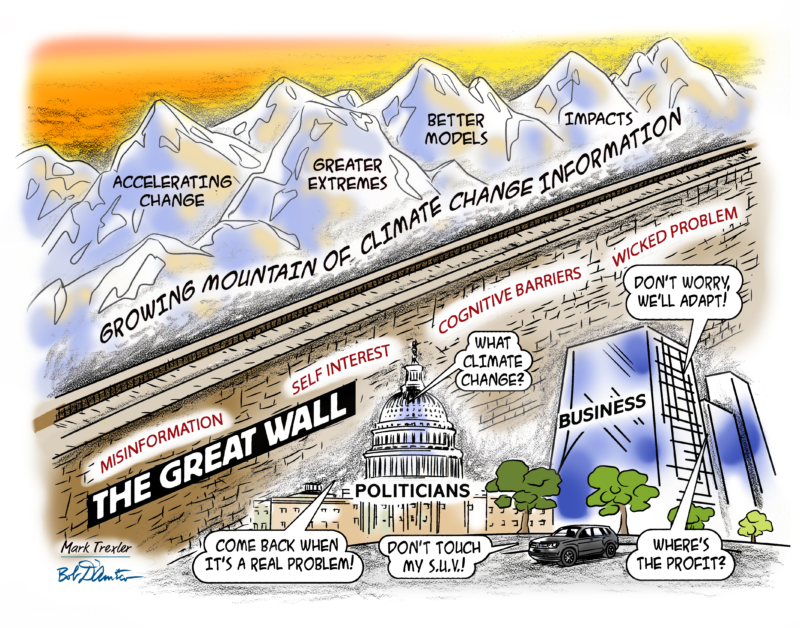 That’s where knowledge management tools and thinking can be so useful. What if our collective knowledge about climate change could be better leveraged by individuals? In theory, that’s what the internet was supposed to deliver, but that hasn’t happened. Indeed, there is no easy way for individuals or organizations to access the collective climate knowledge that they would find actionable. 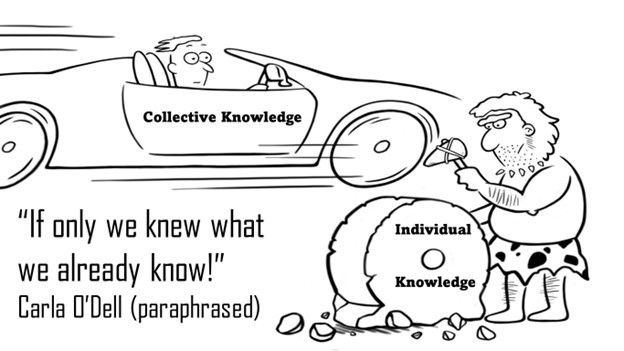 After more than 20+ years working on climate change, and after authoring the first business textbook specific to climate change risk, we started building the Climate Web as a knowledge management solution for bridging at least part of the gap between collective and individual knowledge relating to climate change.

The links below will jump you into the Climate Web itself, primarily as a means of providing a quick tour. There is a learning curve, albeit a short one, to taking optimal advantage of the Climate Web.

Climate Change as a Systems Challenge

Through its Systems Thinking Doorway, the Climate Web facilitates exploration of the full range of topics relevant to climate outcomes. As such, it supports prudent and evidence-based decision-making on the part of individuals, companies, and investors, even in the face of deep uncertainty. The Doorway also points to the resources associated with two huge overarching topics: 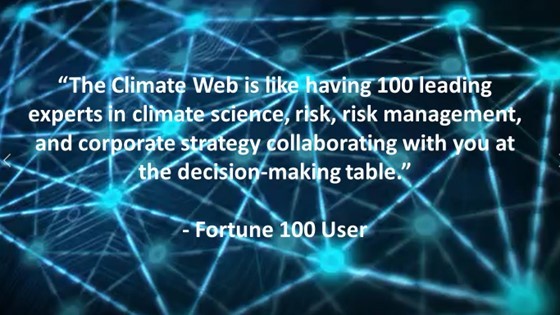 How can you take advantage of the 25,000 hours of knowledge curation available to you in the Climate Web? As you may have seen in the Use Cases Doorway, it depends in part on what you’re looking for.

But here’s some general guidance: